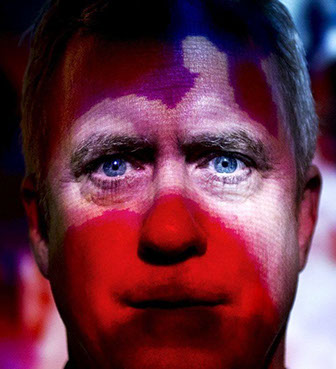 Tony Oursler was born in New York in 1957. He completed a BA in fine arts at the California Institute for the Arts, Valencia, California in 1979. His art covers a range of mediums working with video, sculpture, installation, performance and painting, and he has been known as a pioneering figure in new media since the 1970s. Always rooted in film and applying humour and irony to his works, Oursler creates immersive experiences using both ancient and modern technologies, and explores technology’s effects on the human mind.