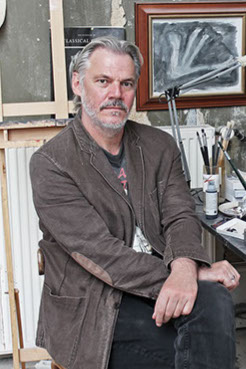 Currently residing in Copenhagen, Denmark, Lemmerz works with such media as sculpture, installation and photography and has in parallel increasingly moved into performance, video, and recently VR. Regardless of the medium employed his work can generally be characterized by aesthetics of effect, evoking philosophy, death, and bad jokes.